Changing Hands Bookstore
0 out of 5

Antiracism is a journey not a destination. Professor Ibram X. Kendi has written a series of books for all ages to help us move past the notion of “not racist” to antiracism. This bundle includes all of Kendi’s books for the adults, kids, teens and babies in your life.

We want you to be happy with your purchase but understand that sometimes an item needs to be returned. Please review the return policies below and contact us with any questions.

There are no inquiries yet. 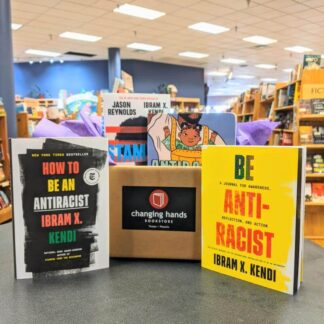